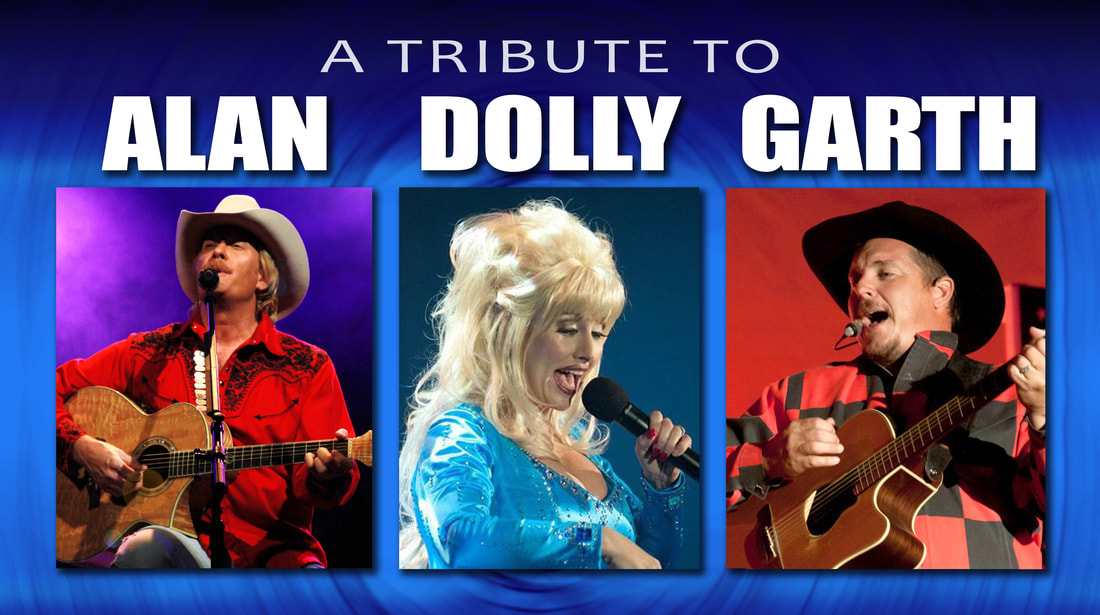 ​
​Doug Brewin, Karen Hester and Steve Fairchild take the stage for an exciting, fun filled, live concert experience featuring tributes to Country Music's legendary singers and songwriters ~ ALAN JACKSON, DOLLY PARTON and GARTH BROOKS. Combined, these country music icons have over 75 number one hits! You'll here one favorite song after another. "It's Five O'clock Somewhere," "Chattahoochee," "9 to 5," "Ain't Goin' Down 'til the Sun Comes Up," "Friends In Low Places"... It's a musical celebration of some of the greatest country music hits ever recorded!

Performed live with a top-notch band, the show's performers use their own natural voices and appearance to create an illusion to sound, and even look like the real stars on stage in concert. From their mannerisms, to their voices, and right down to their clothing, it's the closest experience you'll get to the real deal! Doug, Karen & Steve have performed all across the country including top Venues in Las Vegas, Branson, Myrtle Beach and more. Don't miss this event!