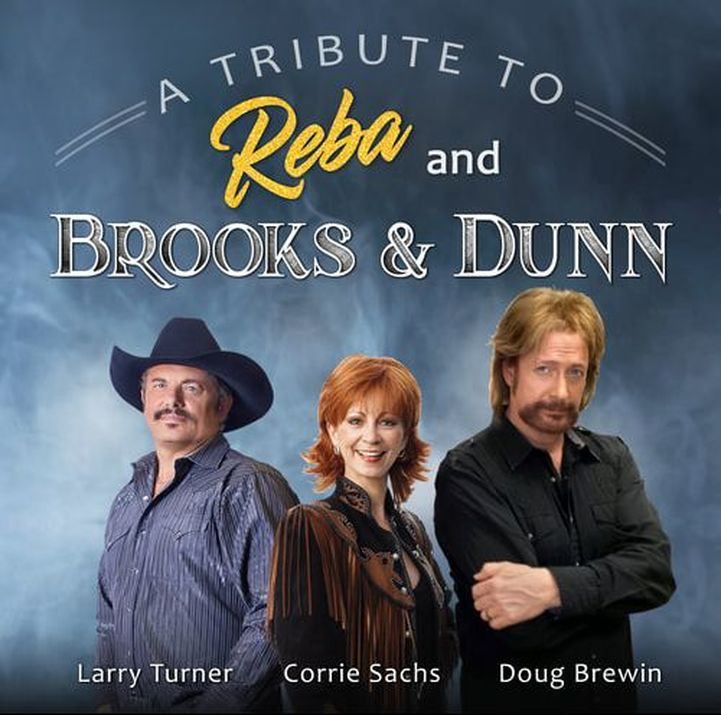 This special tribute production was inspired by the ongoing "Together in Vegas" concert series co-headlined by Reba McEntire and Brooks & Dunn at The Colosseum at Caesars Palace, Las Vegas. The show features the biggest hits of the three country legends, including their duets.

You'll hear one favorite song after another, including "Boot Scootin' Boogie," "Believe," My Maria," "Fancy," "Why Haven't I Heard From You," "Radio," as well as the duets "If You See Him/Her" and "Cowgirls Don't Cry." It's a heart-stirring musical celebration of some of the greatest country music hits ever produced!

Reba and Brooks & Dunn have collectively recorded more than 45 number one hits, changing Country Music forever. They are among an elite group of best-selling artists of all time, with an impressive awards list containing far too many Grammys, ACM, CMA and People's Choice Awards to mention here.

This is your chance to come out and see and hear their biggest hits played live in this spectacular tribute show. Don't miss it!