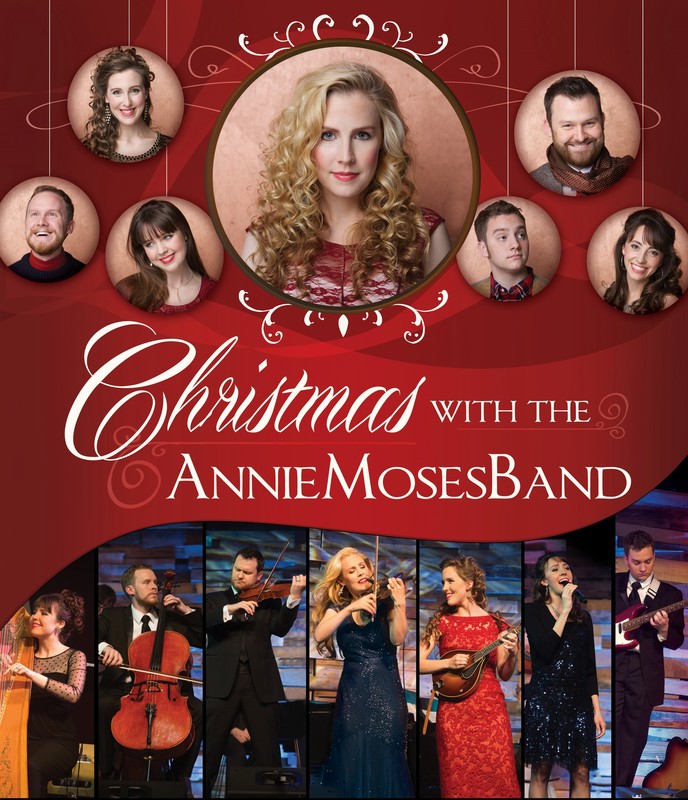 Named after their great grandmother, the Annie Moses Band began in 2001 with lead singer/violinist, Annie Wolaver, and her siblings, Alex (viola) and Ben (cello). The Juilliard-educated trio united with a rhythm section led by their father, award-winning composer/arranger/pianist Bill Wolaver, and began touring the United States, performing over 30 concerts in just their second year. Over the last decade, the group has recorded 12 albums, 5 live DVDs, and performed in hundreds of venues across the United States. The band has expanded to include the other members of the Wolaver family: Camille (harp/B3), Gretchen (violin/mandolin/guitar), and Jeremiah (electric guitar).